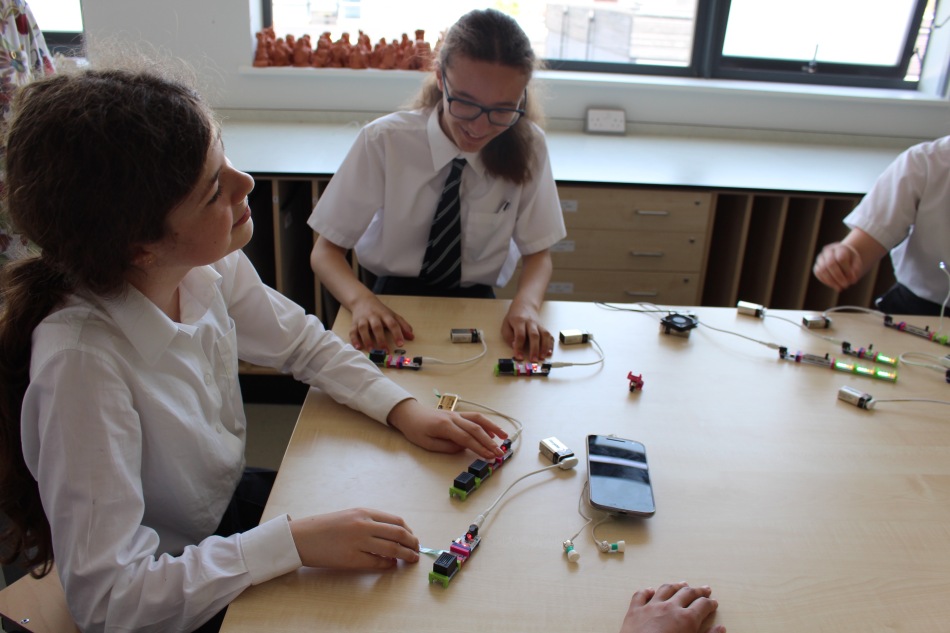 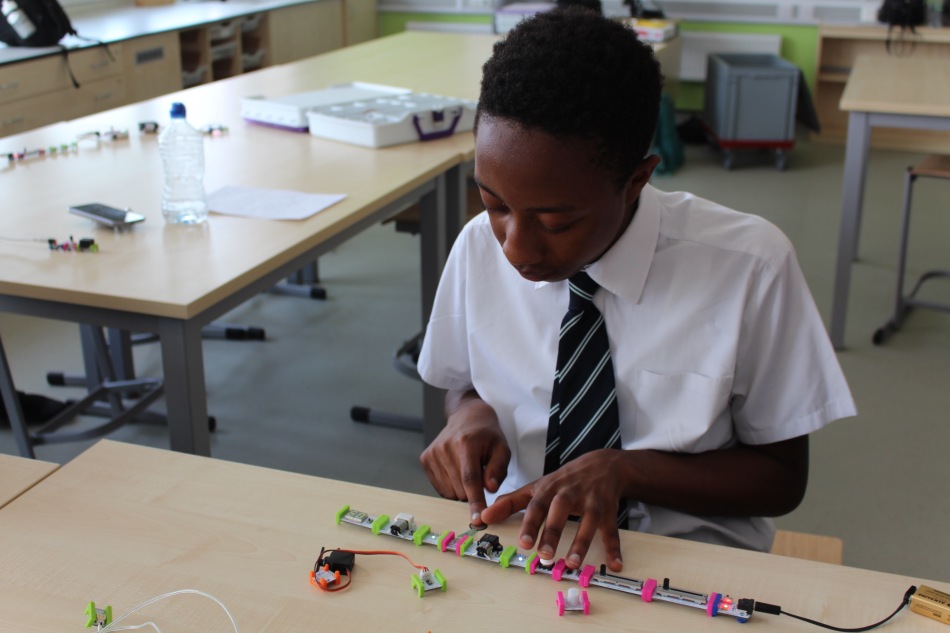 Following the poster design session, this week our Year 8 co-researchers began to prepare their workshop for the year 7 cohort.  First up – refreshing their memory of how to use littlebits; within minutes we had a house band, with mega circuits of fans to cool the musicians down and lengthy runs of the pink inputs and green outputs designed to challenge the makers hands to stretch to their ultimate width to move, press and cover buttons, slides and sensors as a number module measured the voltage running through.  The challenge; to match a given number through all manner of variables and nuances of touch (using the values setting). The Year 8’s leapt into the possibilities – and we were not needed! 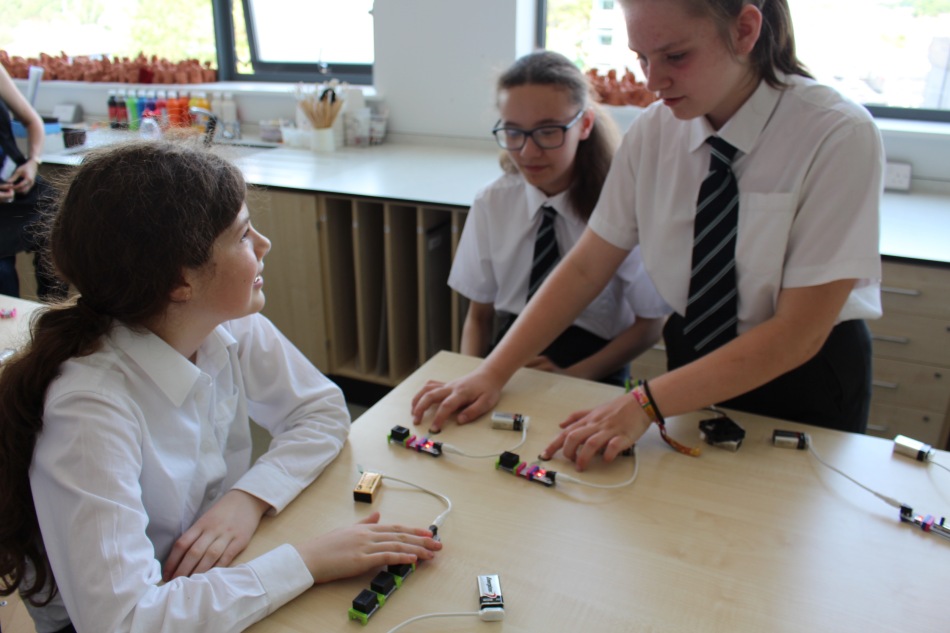 We then discussed how the group would like to run their session the following week.  Everyone paired up; each pair would work with a small group of year 7’s to introduce them to the technology and facilitate space exploration and galaxy invention on the table tops of a school in Reading, Berkshire. The pairs invented group names which mashed up and rearranged language in a similar manner to the units of the littlebits kits and the infinite orders and routes, getting quite competitive about which would sound the coolest to the new students.  They decided to host a completion with space themed chocolate prizes for the best littlebit powered space artefact/art work.