Over the first half of 2017, fifteen co-researchers at ArtLab developed a new series of workshops.  Taking Reading International’s  summer projects as a starting point we considered a series of questions; what is public? what is private? where does art live? what does Reading mean? what does International mean?

In the workshop year 6 students from Christ the King worked in small groups with a co-researcher (a student or teaching fellow from Reading School of Art) to develop art works which emerged from four themes; sound and weather, magical creatures, dwellings and artefacts.

The magical creatures group started with a team building exercise; how can we work together to achieve something we couldn’t do alone? Can we stack these cups without ever directly touching them?! 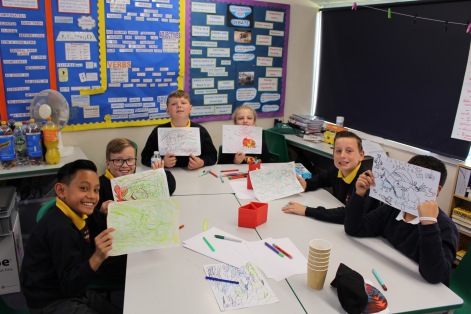 After successfully building a towering stack we made blindfolded drawings and then, sight revealed, found forms within them. We discussed the game exquisite corpse and forms such as the totem pole which make creatures and characters where multiple parts and makers come together and work as one, before embarking on our own!

Here the sound and weather group are imagining the sounds of a fictional island as a pictorial score before commencing their research into the tools that will help them soundtrack places:

Meanwhile, building began in the dwellings group.  Each student starting making their dream imaginary environment, thinking about what they needed sustain and nourish themselves.  Working with Reading student Joke, they decided to bring together their homes together in a story where one moving home on wheels visited in dwelling in turn. 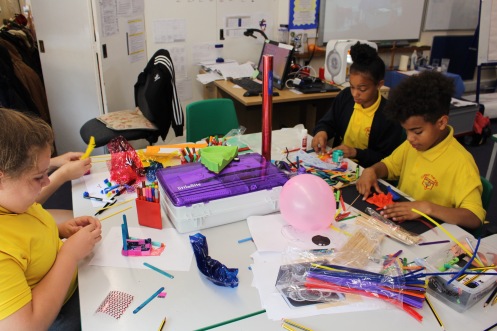 After lunch the groups performed their stories and works for each other; the littlebits embedded totem pole higher than any of its makers had soothing properties, repairing conflict and making good. 3d printed objects became embedded in miniature hospitals; we visited zoos, islands and homes made from lo-fi boxes and transformed with tape, pipe cleaners, and fabric and activated, lit and made audible with littlebits technology. 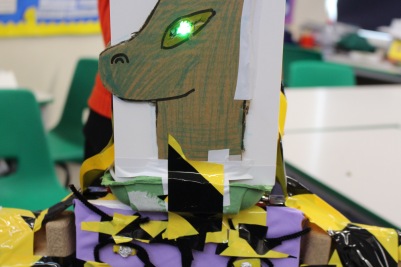 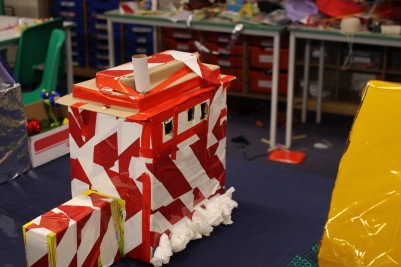 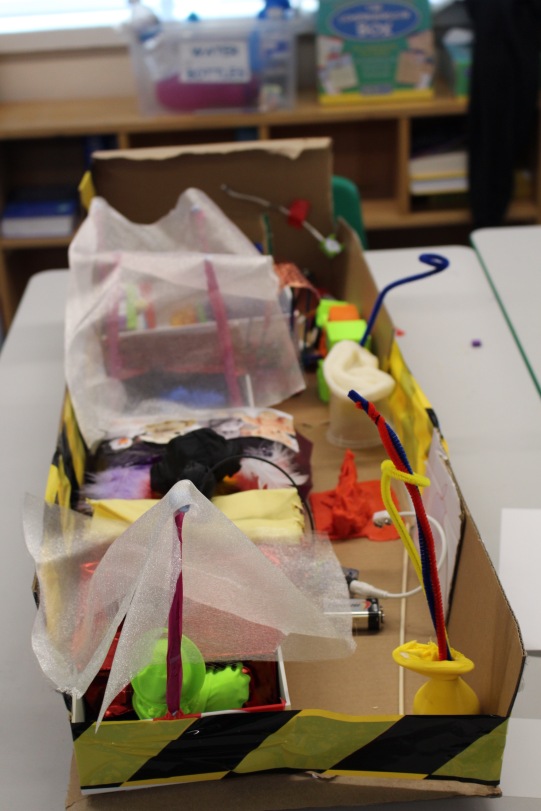 Screenshots and scans of some of the many creations; the beginnings of a new library for ArtLab: 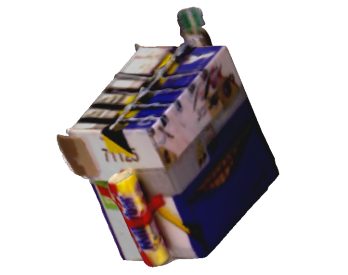 12th June 2017 Christ the King 3 by ArtLabUOR on Sketchfab

For Year 6’s documentation of the day click here (scroll down to June).