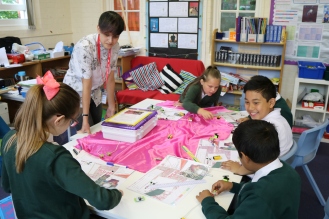 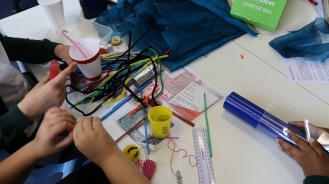 Pupils from New Town year 5 worked in four groups or missions exploring the past, present and (sci-fi) future of Reading Abbey Ruins in a mix of storytelling and making projects transforming everything from pipe cleaners to cardboard boxes into fantastic inventions with the aid of technologies such LitttleBit electronic circuits and 3d scanning.  The day began with team work exploring miniature museums in boxes provoking collective ‘exquisite corpse’ style storytelling linking all of the mystery objects, and ended with a visit to each of the groups to share the days discoveries.

The yellow group, our future archaeologists, developed a time capsule, creating their own versions of the objects their daily lives; keyboards, toys, shops and laptops.  One duo took on the challenge of thinking what the object of the time capsule itself might be; 3d scanning a box and then placing an ipad with the scan on back into the box, so it became like a interactive tv set of itself! 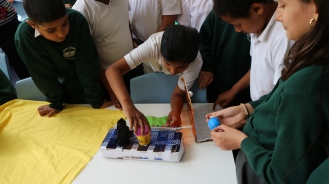 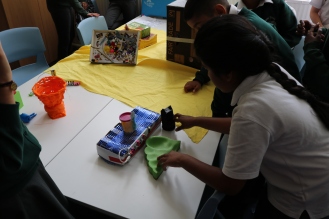 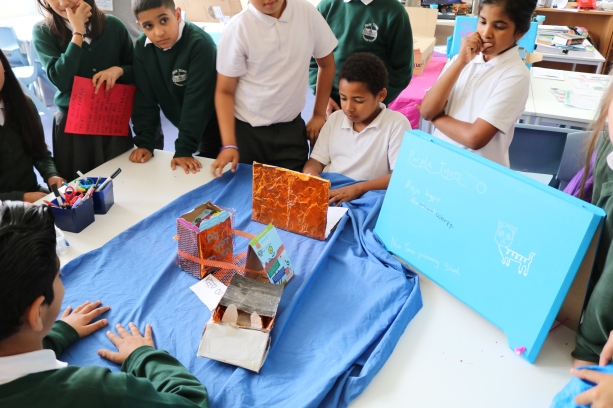 Meanwhile the pink banquet group took over the hall to host an elaborate banquet with their TA at the head of the table.  The banquet performance featured littlebits illuminated candles, glasses and food treats, royal visits and gifts for their class mates and our student co-researchers. 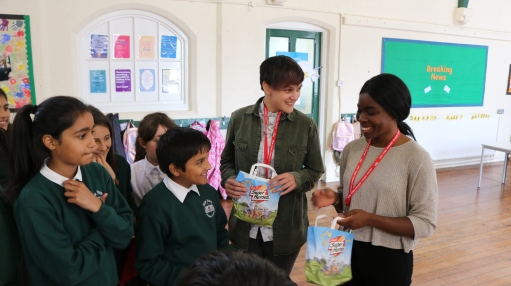 Time Travel 360: A virtual exhibition at The MERL by ArtLab Student Co-researchers 2020. Please check out all the brilliant artwork at https://readingartlab.com/lockdown-lab/timetravel-360/
"Hand Animals", stop motion animation by Cerys G. Draw your own hand animals and share them with us using #lockdownlab2020 !!
"Multi Purpose Chair ad" by Antonia Stanley and Jessica Choi, a funny little stop motion advert.
"Self Portrait Using Toys" an animation by Or Williams, BA Art and Art History.