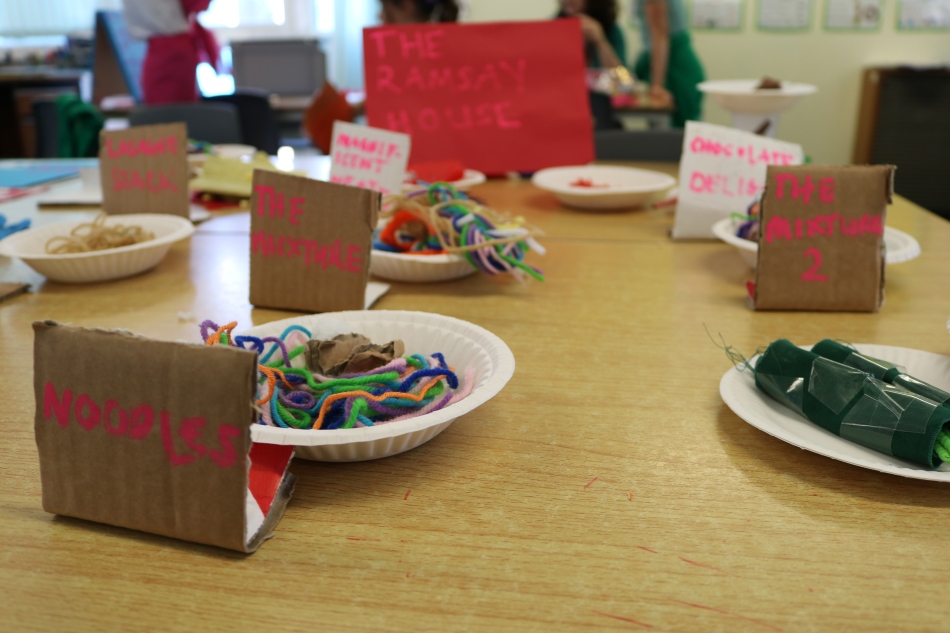 Today was the first of our days working with pupils from Meadow Park Academy.  Year five developed a series of dramatisations and sounds inspired by the spaces around Reading, imagining its gatherings past and future.

The day began with exploring how to make circuits with LittleBits; kits to light up, animate and to soundtrack their creative projects.  The images below show groups working together to create complex chains of inputs and outputs which required every team members hands to activate their length. 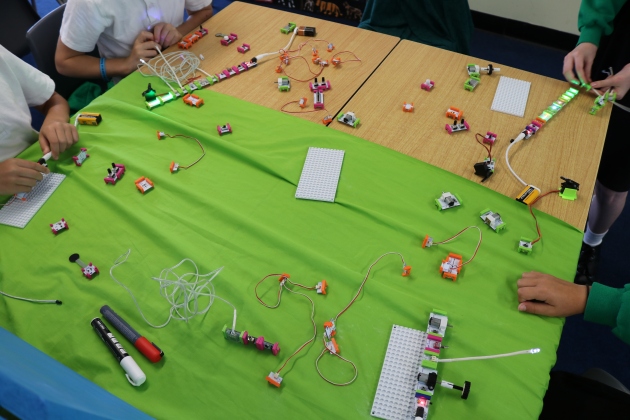 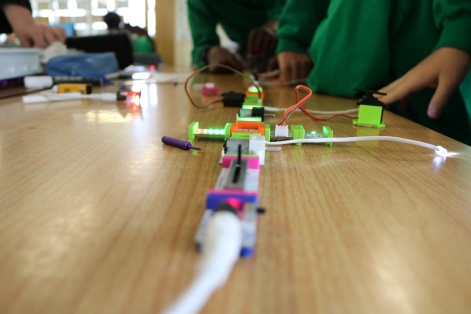 At the end of the day we all come back together to experience each stories; many taking a particularly performative feel.

Check out the green groups soundscape here; imagining the sounds of the abbey being built!  They asked what would the conditions have been like for the workers?  How many people who you need to move the stones without todays electrical power? What did it feel like?  Who else was there?  Animals?  What machines may they have had?  What can you hear?  Their sound work was made using an array of home-made instruments, the weight of their own footsteps and bodies, the distant shouting of school mates playing sports and mixed together on garageband.  Sharing the sounds with their wider class both live and playing the recording they asked them to close their eyes and listen carefully.  How much can you hear?

The pink group made a feast, seen here before the performance.  Their dishes were imagining the foods of the future were inspired by concrete poetry style mixing of food related and onomatopoeic words.  After creating their dishes they developed a story to share with the class, enacting a cookery show from the future with sometimes familiar, sometimes strange foods.  The show was really funny; two pupils volunteering to taste the nearly neon foods as we all waited to see their reaction; screwed faces, expressive eyebrows, high pitched voices.  The foods were surprising cocktails whose appearance didn’t always belie their taste! 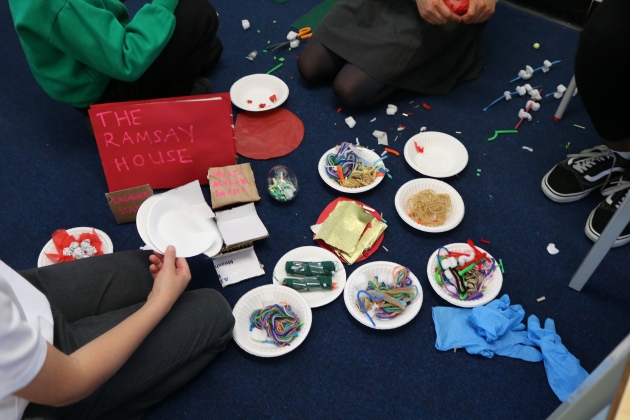 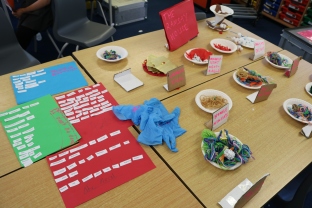 Meanwhile the yellow time capsule group made a range of objects to mark their day including this video, using greenscreen, inspired by the littlebits themselves.

0 comments on “18th June Meadow Park; Sounds and Feasts of the Abbey”