‘Bett is the first industry show of the year in the education technology landscape, bringing together over 800 leading companies, 103 exciting new EdTech startups and over 34,000 attendees. People from over 146 countries in the global education community come together to celebrate, find inspiration and discuss the future of education, as well as seeing how technology and innovation enables educators and learners to thrive.’ https://www.bettshow.com/about

Despite what is now written, I liked Bett and I look forward to next year’s conference.

The Bett Conference represents innovative ideas in education from a digital perspective. It introduces related pedagogy via key note speakers and breakout workshop sessions. Companies, organsations and institutions large and small, demonstrate and market their products, projects and programmes. Away from traditional classroom environments, the potential wonders of what education could or should be like, rebound around the conference centre like an unexpected free ball in a pinball machine game. The frontiers of teaching and learning in the 21st century appears to have never been more exciting. 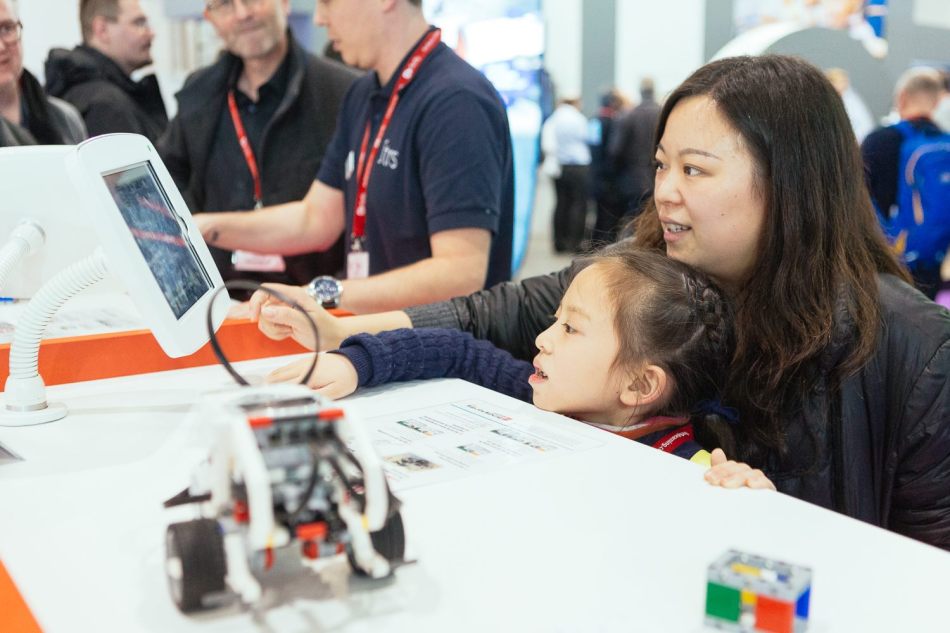 As we enter the football stadium sized Excel Centre, a seeming avalanche of educational technology cascades towards us, the realisation of just how big this event is finally dawns on us. Everywhere, teaching and learning methodologies coalesce with NASA grade hardware to masquerade as cross curricular ‘Lego’ style systems. Each stand offering a beeping, jiggling, synapse sparking and whirring teaching revolution. Technology that at times garners attention like a cloying, over friendly Labrador puppy.

We move around labyrinthine corridors of stalls, each promising student engagement and progress. Bright lights from digital walls illuminate slick gadgets that are unsullied by the repeated handling of multiple Year 6 cohorts. Hand-holds un-dropped, cords yet to be twisted beyond recognition, screens un-smashed and pieces not lost, still part of the set. The conference context, so different to the classroom as dutiful ‘grown ups’ queue to gingerly caress virtual reality headsets, regressing slightly as they pocket pencils, keyrings and stickers in a childlike euphoria for freebies. 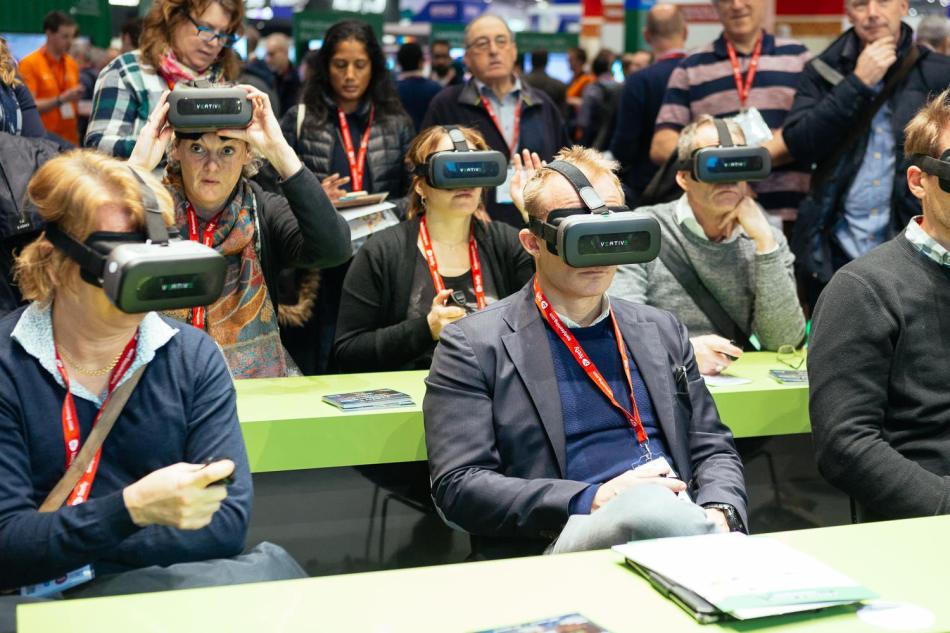 Exhibitors expound the benefits of their system, describing the progress made from the last model and how the new ‘kit’ is part of a 0.2 beta version roll out. They proffer electronic wonder and spin digital candy floss delicacies to be consumed by unsuspecting heads of procurement, engulfed and overwhelmed by the maelstrom of gadgetry laid at their feet. There are deals made in advance of academic budgetary considerations. Wholesale International sales reveal that where there is money, barriers to academic advancement collapse. 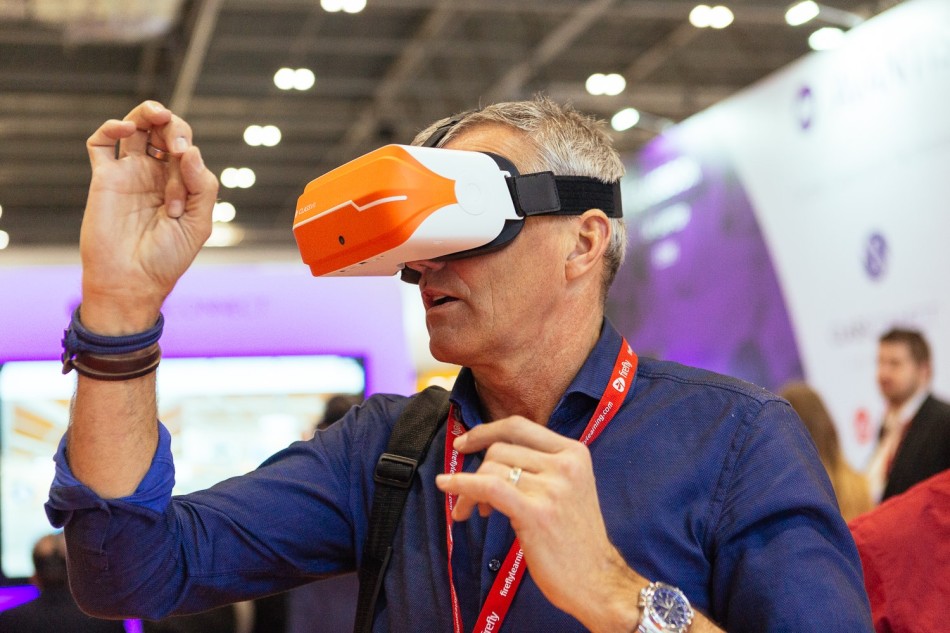 We eventually start to leave, invigorated yet punch drunk, overwhelmed and challenged. As Brancusi said: “To see far is one thing, going there is another”. Stopping for a coffee we reflect on this transitory point in education, whereby most of the tech that students use in ‘real life’ are left at the gates of education. Their phones are supposed to lay dormant in bags, gaming confined to weekends or after they have done their homework and the internet portrayed as a swirling vortex of social media black holes and bacterial producing spores that act as havens for the viruses of fake news and miscommunication.

Any pixelated points of reference that young people have from the outside, tend to dissolve at the interface of a school’s curriculum priorities and their student’s actual needs. Investment in equipment struggles to stay afloat against a tide of innovation and core infrastructure demands. The idea that walking into a school is similar to time travel does stand up in many, many instances. The gulf between what we see at Bett and how this is implemented within schools, places some key discussion points such as: Finance, Infrastructure, Political will, Collaboration with ‘tech giants’ and Training at the heart of charting new and realistic educational futures for all.

So for now, charge up the Sat Nav, dig out an overhead projector and switch off the lights, it’s gonna be a bumpy ride! 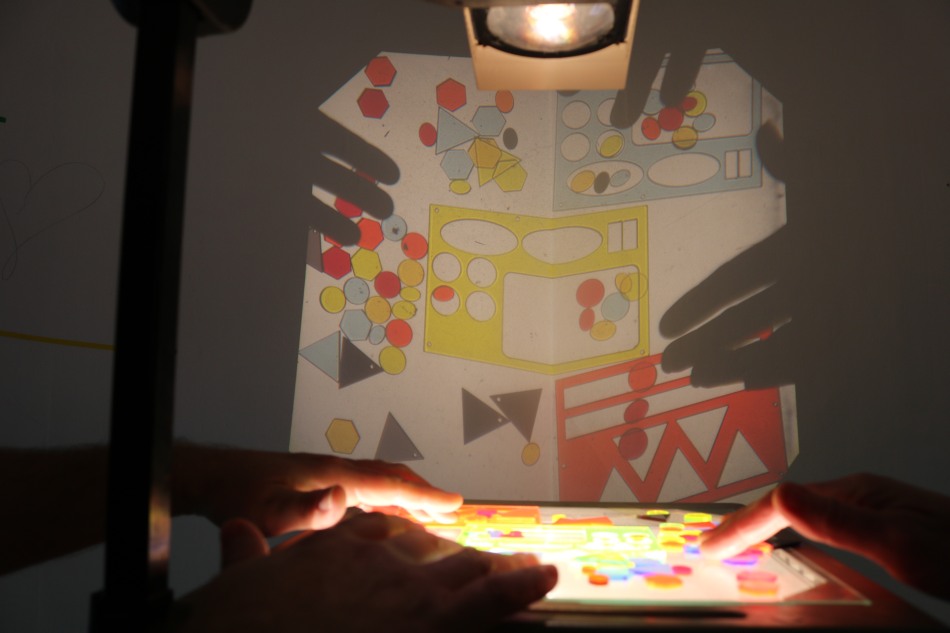